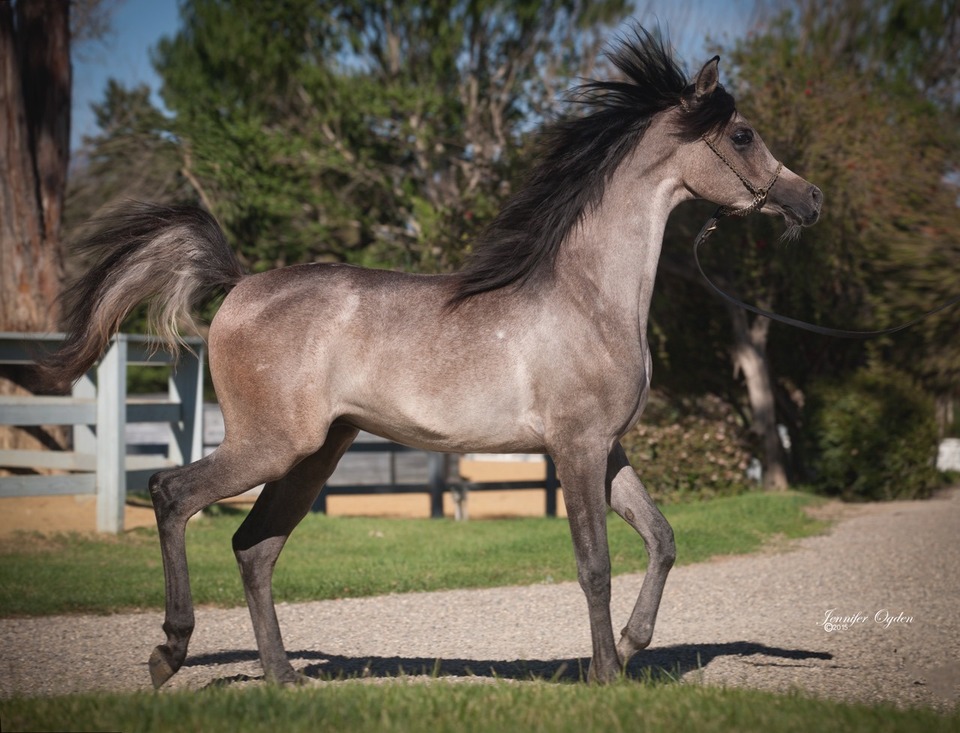 2015 Update:
Sami is developing so wonderfully and we are very proud and belssed to have a colt like him at the farm. Over the years, Henry and I have bred some amazing stallions and he will certainly be in this category. Sami went last year on his dams side to the Santa Ynez Valley Foal Show and helped her capture the Gold for Produce of Dam, the Bronze for his sire in the Progeny class and for SMF helped secure the Silver Small Breeder award. This year he traveled thoughsands of miles to the Egyptian Event and won the yearling Straight Egyptian Futurity Colt Class. He also placed in Top Ten in the Egyptian Breeders Challenge birnging home almost $5,000.00 .

2014 Update:
Sometimes as a breeder you are blessed with a foal that is so special you are just in awe and this is such a colt.

He is sired by the ethereally beautiful stallion Majestic Noble SMF and out of the mare Bint BInt Sayo  (pronounced Sigh-o) by Ali Saroukh.

His dam is a granddaughter of our foundation mare, Glorietasayonaara (Ansata Abu Nazeer x Glorieta Shalima by Ansata Shah Zaman). Her daughter Samura by Anaza El Farid was bred to her three quarter brother, Ali Saroukh, to produce Bint Bint Sayo thus intensifying the related bloodlines in the pedigree.

Breeding Bint Bint Sayo to Noble also intensified the Bint Magidaa in this pedigree. When Henry and I were called by the Veterinarain clinic to let us know that BB Sayo was foaling we rushed over there to see the process. However, Sheikh Sami was already born. There were two Vets there because they had been having a BBQ. Both of them said the mare was talking to her son before he even arrived as if encouraging him to be born and they had never seen this before.

We are so pleased with this little guy!!