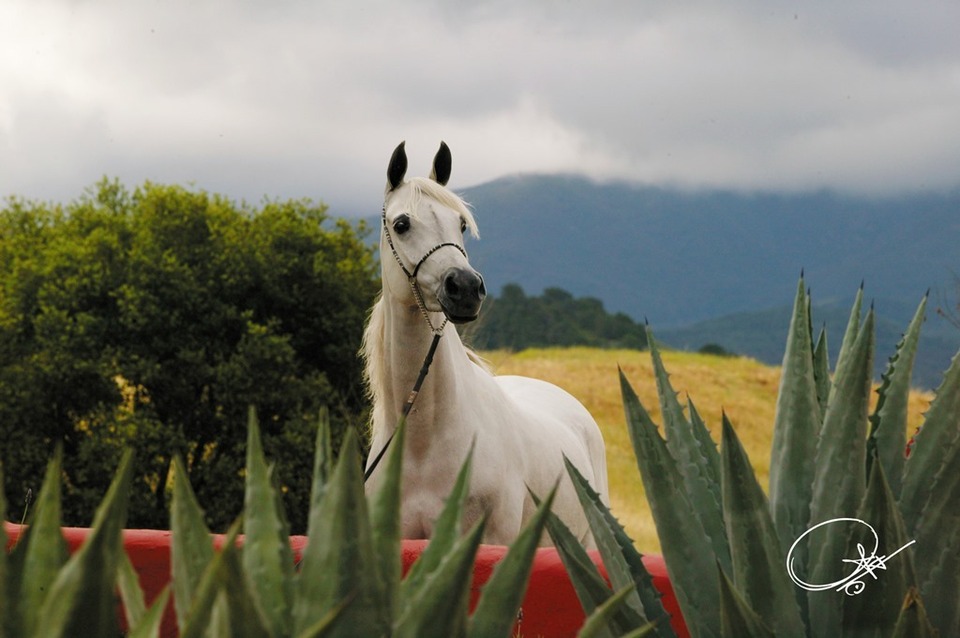 In the year 2000, Henry and I were living in Naples, Florida. We decided to drive up to Rose Breeze Arabians, owned by David and Paula Housenect in order to see their horses and those they had in training at the time. Henry and I were especially anxious to see a young stallion called Ansata Chiron. We had seen him show at the Ocala Show, where he won Most Classic Head honors. We really admired him and decided he was just right for our mare,  Samura (Anazah El Farid x Glorietasayonaara), his extreme head and long legs were traits that she needed. Stalled right next to Chiron was his full sister, a yearling named  Ansata Haalah. I took one look and fell in love! Henry took one look and said to me "She is as plain as a post, no way"! I told him she would be gorgeous as an older mare and I have to admit I was terribly disappointed by his reaction.

Haalah never left my mind, so in 2001 we traveled to Ansata to choose a mare or filly.  When she came out Henry said,  "No way, that is not the same filly"! He turned to me and said "You were right and we are going to buy this filly". Haalah came to us that fall while we were still in Florida. She gave us five foals while she was at SMF. Four daughters and one colt, of which we have retained one mare, Haalani SMF. We are grateful to Ansata Haalah and have named a family in her honor. Today, there are four grand kids at our farm, now representing her third generation at SMF. In her photo gallery I have placed all her progeny in the order that they were born. In July of 2009, we sold Haalah to the King of  Morocco. She gave them a beautiful colt by Majestic Noble SMF and left this earth the following year. She is now gracing the Heavens.