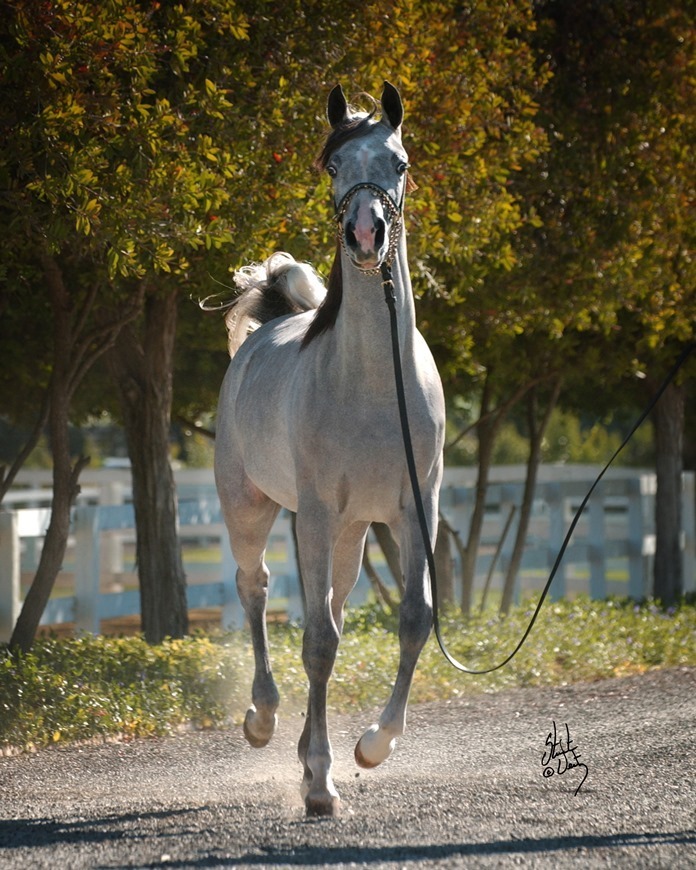 When Bint Saroukh arrived we initially thought to name her for her dam. However, a friend was visiting from the Mideast and upon seeing her asked me what we thought to call her and when I said, Bint Haalah he said, "NO, Bint Saroukh"! Both Henry and I realized at that moment that he was right, Bint Saroukh is her fathers' daughter, just a very feminine version.

Because Victoria loves to ride and especially dressage the mare is perfect for her to fill two roles, one as a foundation broodmare and the other as an under saddle show mare. It is so nice to have this lovely couple in our SMF family. They keep us posted on Binty's progress and theirs as well.