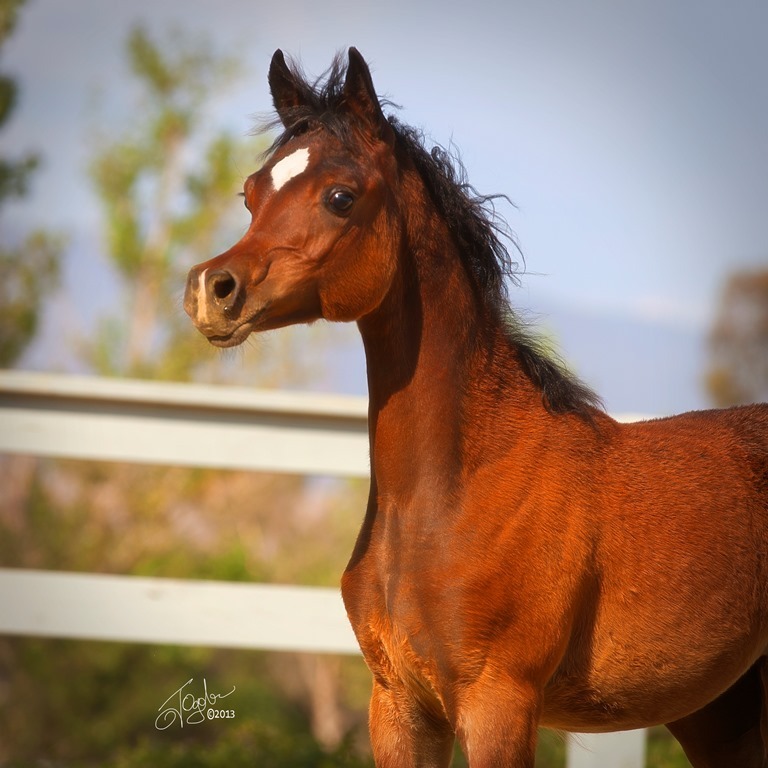 Henry and I are thrilled with the nick that seems to be golden between Haalani and Symbolic. The second foal of this pairing, is a filly named Haana Al Bourag SMF. She was born in April of 2013 and is a full sister to Hasna SMF. She is bay like her sister but more extreme in the shape of her head with a beautiful and almost perfect white star on her forehead followed by a small white snip on her nose. Possibly the best filly we have bred to date in a long string of gorgeous mares.

She was spotted by Haras Al Boraq of Morocco and quickly claimed; we congratulate the Jamais family on the pruchase of this precious filly. May she bring you as much happiness as her dam and grand dam have given Henry and me.

We also wish to thank Janice Bush and Wendye Gardiner for bringing this filly to their attention.