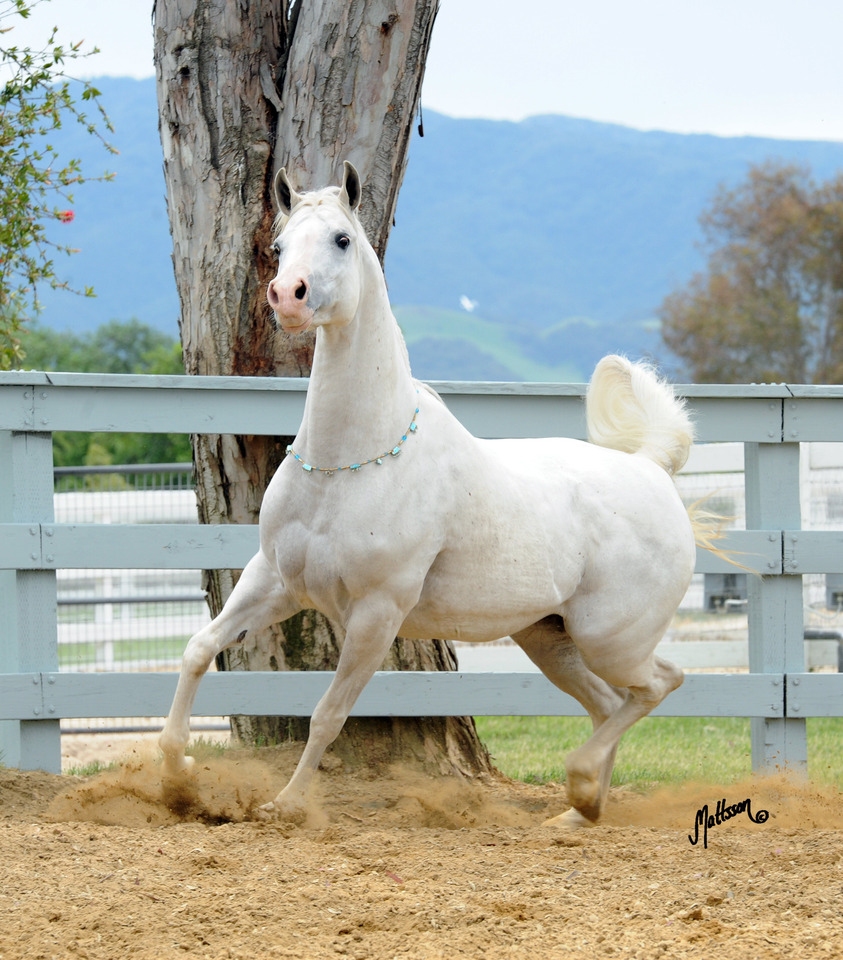 Henry and I leased the mare Imdals Jade from Danny Heifetz's Classic Arabians to breed to Ali Saroukh early on in his breeding career. We really admired the mare, she has this huge body that we adore but a heavier head than what we prefer. However, we thought she was a good, complimentary mare to test Saroukh with. We wanted to see if he could influence certain traits and we loved this amazing female line. After seeing Jade Lotus born we bought the mare! There is not a mare we do not value as an individual in the female side of the pedigree. However, when Jade Lotus was born I have to admit that when we both saw her pink nose this was something we were not so crazy about. As beginners we made remarks about not wanting pink noses in our barn so much. Well,... we of course recognized that Lotus was special so,.... who cared about that pink nose when there were so many other special traits this filly had!

When we moved to California Beth Hunziker was living out here and she christianed Jade Lotus with the nickname of J.Lo because of her large booty, she definitley has some junk in the trunk!! To describe her as a Diva is an understatement! When she is showing in the center ring or freely during a farm presentation she is all fire and movement. While she has definitley been a major show mare for us we treasure her heart. This is something we see that she is giving her progeny, a pricelss gift.

They are a joy to be around, easy  to be near but love the adjulation from humans when they are being presented. J.Lo is unable to carry her foals naturally due to a physical issue so we have to use Embryo transfer. To date she has three foals. Her son , Jasoor SMF by *Simeon Shai+, a daughter Jada SMF by Majestic Noble SMF and a second daughter this year by Khaled KA. We love all of them and have to say their personalities and beauty are much like their dam's.