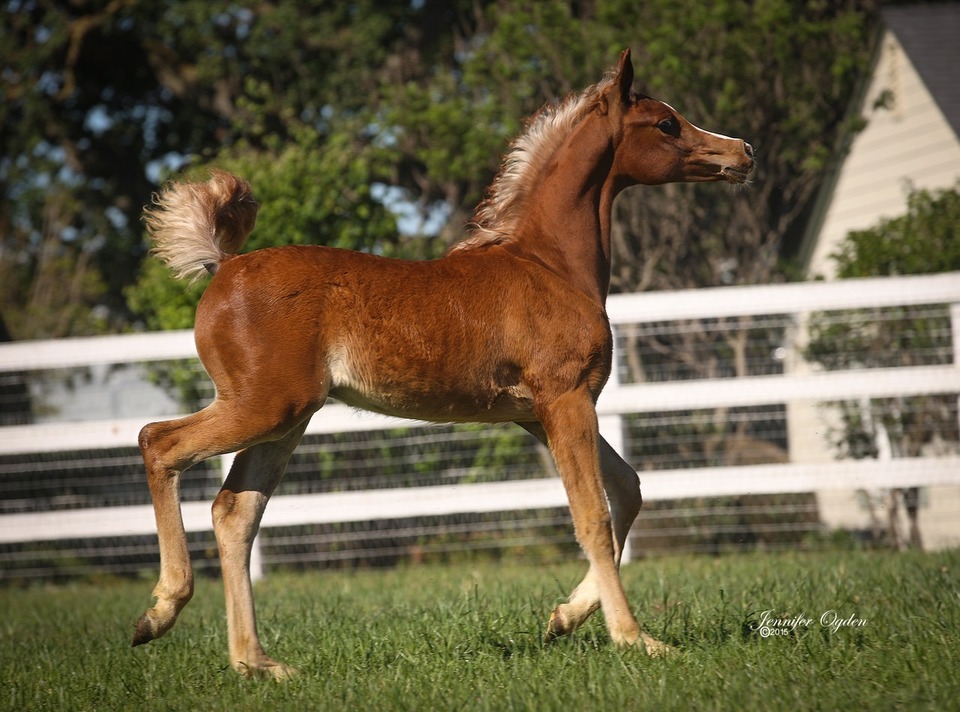 He has the color of a lion so that is how his name, Hamza (lion), evolved, a beautiful chestnut, dark golden brown with a flaxen mane and tail. When Henry and I went to view him we arrived just after he did and Hamza was barely out and breathing when he stood up! So strong and very aware of those around him, not afraid in the least or jumpy to our touch. Not only did he almost spring up to stand and move around but he immediately began nursing. For those of you that have experienced newborn foals, this is rare. He is a very proud colt and lives up to his name, regal and brave. We happened to visit Qatar in February 2015 and asked our friend Ali Misnad of Al Zobara Farm for name suggestions and he suggested the perfect name after we described the colt.

Definitely a show colt and future stallion. His dam and sire have now produced every color together but black, In these bloodlines there is a lot of dark pigment, huge eyes, well set and shaped ears, smooth bodies, plenty of tail carriage, good personality and movement. Hamza is the complete deal!